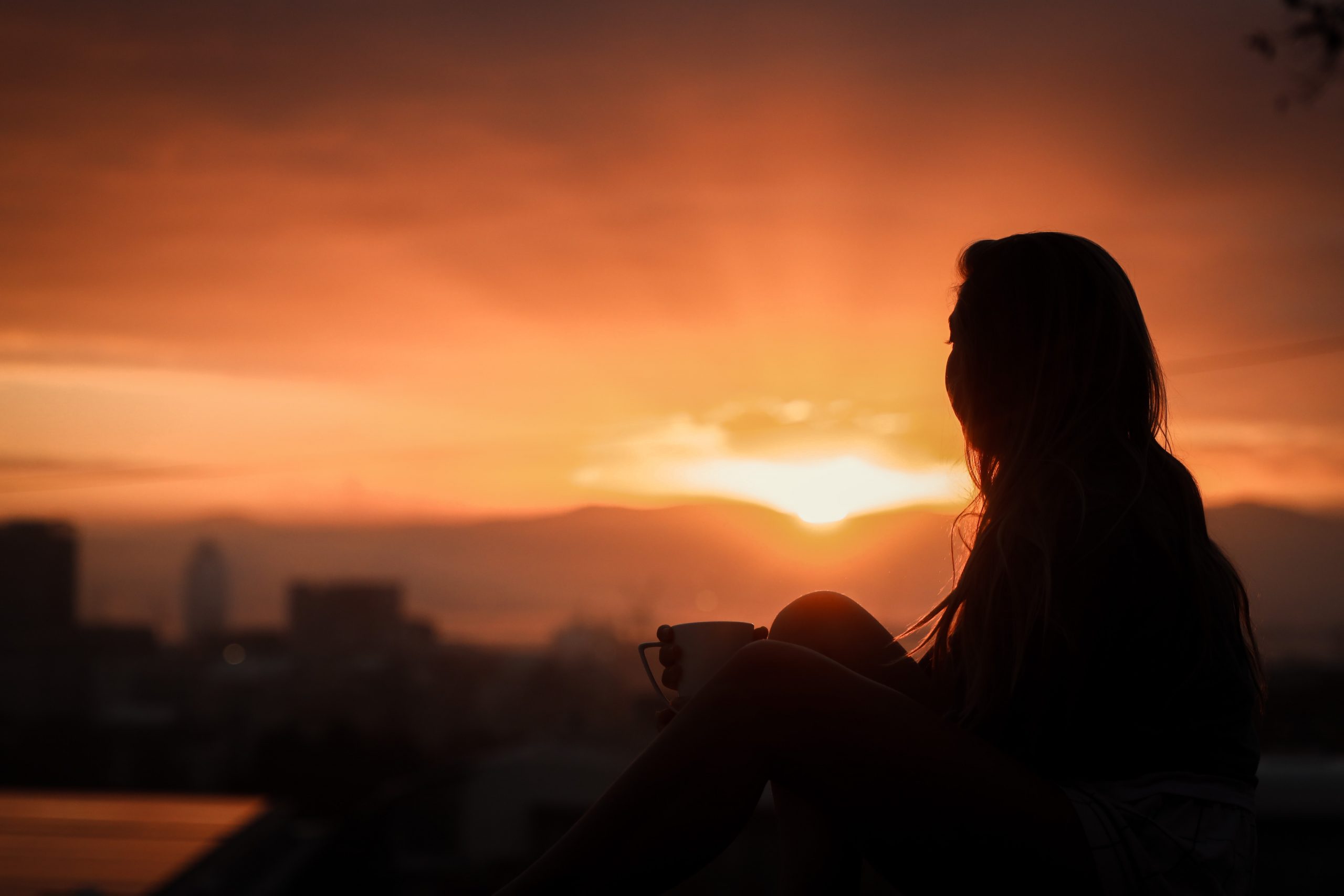 No matter where you are in your journey we have been there too. Some of us were forced to leave. Others left by choice, but almost all of us were damaged. Many of us thought our lives were over. They were not. Most of us live highly fulfilling lives and we believe you can too. The first step is gaining insight into the abusive and dismissive behaviors common to Dwell, and discussing them with one another.  There is much fulfillment on the other side. Meet some of us here…

I attended Dwell Church (formerly Xenos) for almost two decades. It’s hard to believe they once embraced me. I never felt I fit their mold, and was unable to live up to their shifting standards, which changed with every transition in leadership. I felt like a misfit when shamed by gossip about my battles with mental health. I became circumspect of older adults who claimed to be mouthpieces of God. I feared leaving, and when I did, no one reached out and no one seemed to care.

During my years feeling pulled toward and pushed away from the fellowship, I self-medicated. Filled with shame, I often violated my standards for my own behavior faster than I could lower them. I purchased prescription pills at homegroup, which were bought during other members trips abroad, where prescriptions weren’t needed. I drank heavily with other group members. I knew I had to leave, but the thought was terrifying. As with many members, my entire life was the church. When I reflect on this time of my life, I see God carrying me through the ordeal. I got sober when I left, and I have stayed sober for the entire seven years since. I have countless friends who support me but have no desire to control me. Their support is unconditional and far outweighs what I found at Dwell.

I was once afraid to be exposed, or to be seen for who I was. Yet now my past is a resource, providing me with “credentials” to help other people live sober, productive lives. I never dreamed I could be the person I am today. Each day is an opportunity. I wake up clear-headed—not hungover from drinking and smoking with other Dwell members after Bible study. I take responsibility for my actions. I live a healthy life. I almost always follow the rules and pursue a life of rigorous honesty. The Church brought tension to family. They could see what I couldn’t. Our conflicts have dissolved with my new-found freedom. I have softened and become a better partner. Although work remains, I continue to heal as I share my story with others, including through my work here at Leavingdwell.com. If you fear leaving, I did too. If you joined Dwell thinking they could fulfill you or fix your defects, only to feel worse, we understand. We are so much more to God than I could have known in Dwell.

I attended Dwell (formerly Xenos) for years and believed wholeheartedly in its mission as God’s specially chosen church right here in Columbus. I devoted myself fully to the ministry, attending teachings, classes, prayer meetings and outreach events nearly every day of the week. My life revolved around the church because I believed that’s what God was calling me to do. Yet the more I gave to the ministry house and the more I heeded the admonishment of my discipler, the more empty I felt inside. I wondered why God felt so far away when I spent all my time pursuing him.

Eventually, after several painful years, I realized being in the church was incompatible with my soul’s own vitality. I left the church and slowly began to rediscover myself, rebuild my relationships with my family, and learn that friends could love me for me – God didn’t actually expect me to spend all my time with people who judged me and picked me apart for every thought and action. I was also free to spend time doing the things I love to do, instead of feeling ashamed for them not being the “right” things that will help “get people saved.”

I’ve been married to a wonderful, loving man for 12 years and we have two amazing children. My life now would not be possible if I had stayed in the church. Leaving was pain useful but the life I have now is completely worth it. I understand now that God is pleased with me for the mere fact that I exist. I take joy in this profound fact and find permission and freedom to be me.

I was heavily invested in Xenos for 4 years. I used to be considered an awesome person who was great at evangelism. I was getting trained to be a home church leader and was going to start teaching at my cell group as a first step. I was also discipling two women.

I was excommunicated for sexual sin when I was in a deep depression and trying to recover from a sexual assault the year before. My adult home church told me that I needed to hit rock bottom before my heart would change. I told the group that I wanted to repent and follow God, was at rock bottom, and needed help. They voted me out. I lost all my Xenos friends and had to move out of my ministry house. I ended up in a partial hospitalization program which helped me realize that I experienced religious abuse and should not try to go back.

It was during this program that I was able to piece together some of my struggles. I started being able to put the pieces together and start to heal. I decided that I could not go back to Xenos. I also decided to get back in contact with my ex-boyfriend who is now my husband.

My boyfriend and I were able to pursue a healthier relationship once we were out of Xenos. We were even able to turn things around with avoiding sexual sin; I think this was due to a combination of being under less pressure and having support to work through the trauma that contributed to it. The additional trauma from Xenos certainly added struggles to our previous mental health diagnoses. It deeply damaged my faith in God, who had previously always been my rock when overcoming hardship. I was left questioning if God could really exist when people who fervently prayed to him could be so cruel to me when I begged for help.

I had multiple panic attacks a day for several months after my excommunication, which was a sharp increase in frequency and intensity. My boyfriend and I benefited from a post-cult support group in Vineyard Columbus before getting married, and I also worked through some painful memories with EMDR. I am still trying to recover. I joined Xenos in July 2012 and was kicked out in November 2016. It is now March 2022, and I am ready to share my story.

I came to OSU from out of town. My first week in Columbus a person I knew from my hometown, who had previously gone to OSU, invited me to a Xenos/Dwell bible study. I enjoyed the meeting. I didn’t have any friends yet and they were nice to me, wanted to know me, and were genuinely fun to hang out with. So I kept going. I was living in the dorms and eventually I made friends there, but I was gone two nights a week for meetings, then three nights a week, and eventually I started spending entire weekends at the ministry house. After my freshman year I moved into the ministry house for the summer, and after my sophomore year in the dorms I moved into the ministry house permanently, until I left.

During my time in the church my relationship with my family really diminished. I never moved back home and I would only go home on major holidays, because there was always something to do in the homechurch. My relationships with my friends from OSU became mostly about trying to bringing them to meetings and getting them to commit to following God at Xenos/Dwell. They encouraged high schoolers to give up going to colleges out of the city, which I didn’t like, but I kept going. I knew they expected me to stay in Columbus indefinitely, and I kept going because I genuinely did like the people I was in homechurch with. I didn’t have a terrible experience at the church, but I knew I didn’t want to stay there forever, I didn’t want to live in Columbus for the rest of my life.

My senior year at OSU I realized if I didn’t leave now I probably never would. It wasn’t an easy decision, it caused me a lot of anxiety and I was a little scared, of the future and what people would say about me. However, my friends from OSU still lived in the city and I knew I would need that support to rebuild a life outside of Xenos/Dwell. A semester had just ended and I was wasting time on Facebook when I found a sublease on an OSU housing Facebook group, I made a somewhat spontaneous decision to message the person just to see about it, and that’s when I officially decided to leave. I made all the arrangements with the person I was subleasing from first, then told my homechurch I was leaving and I moved out.

Looking back the decision to leave was the hardest part, once I made that decision I felt freer, especially from the anxiety. The longer I’m away from the church the less I think about it. I wish I hadn’t kept going after I’d made friends at OSU, but I did. I try not to regret the time I spent there because it’s not going to do me any good, but the 3 things I regret the most are the memories I missed out on with my OSU friends, the time I spent at church vs the I spent on school, and the time I missed with my family. Sometimes my friends will reminisce about the things they all did together in college and I wish I had been there with them. I wish I could laugh about stupid things we did together. I’m thankful they didn’t care that I had basically disappeared for two years living in the ministry house. I wish I had prioritized school more and spent the time I spent at church studying. I love what I do now, but I think about what I could have done if I hadn’t spent so much time at meetings. It’s like a full time job being there. And I wish I had gone home more to spend time with my family.

I loved the people I was in homechurch with and still think of them fondly, but I don’t regret leaving Xenos/Dwell. I’ve never regretted it once, just that I didn’t do it sooner. I hope if anyone is in the same position I was this can help you, because it is difficult when you don’t know what’s on the other side. In the church you only hear the church’s perspective when people leave, so I hope this brings some balance to the issue.